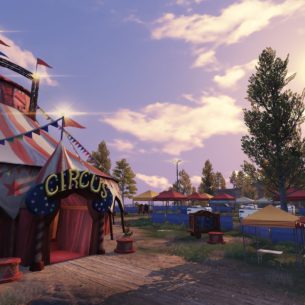 Filed under: Call of Duty, Nieuws

The horde is here and ready challenge you and three friends in this new zombies experience brought to Call of Duty: Mobile! Here is a quick look at the zombies and its two modes:

Venture out into the classic Call of Duty: World War at War zombies’ map Shi No Numa and explore as much as you can with your teammates while preparing for the final battle.

Participate in this traditional zombies mode where it is all up to you determine how long you can survive against the undead hordes. This is your classic endless wave-based mode with all the features listed above for Raid Mode minus the boss fight. Compete against your friends and the general community to last the longest on the zombies mode leaderboards.

For both modes, make sure to seek out and collect those unique weapons that will give you perks specific to that mode. However, these weapons may not all be found on wall-buys, so if you cannot find a weapon turn to the mystery box.

For new or returning zombies players you can find more details, tips, and general information about this new limited time mode in our ZOMBIES Mode blog post that will be releasing soon on the Activision Blog.

Every week you’ve been asking for it and now it is here, controller support! Here is the basic overview:

For more details, like how to setup a controller or to see what kind of control options you’ll have then head in-game to the Help Section (the Question Mark to the left of your Inbox) and Controllers and Emulators.

While we still have additional options coming for this and new ways to link your account or login, we do have two new ways to login with this update: Google Play & Game Center.

When using a Guest account you will now have the option to link that guest account to your Google Play or Game Center account. That will allow you to save, protect, and sync your data to those accounts. However, unlike Facebook or Line this does not pull any information over, like your profile picture.

Warning, you will not be able to switch from a previous account to one of these new login options without losing your player data, but all players may now utilize these options to initially setup and link your account.

New maps, new modes, new content, and plenty of fixes and changes. For those you are seeking new ways to interact with your clan and receive rewards for doing so you’ll now be able to participate in daily clan missions. This comes alongside a new clan weekly and season ranking system.

If you’ve been yearning for new maps to master then look no further, we have a limited time winter themed version of Raid coming this season alongside our featured map from this update: Summit.

Multiplayer isn’t the only mode getting plenty of love in this update, but you’ll now find new areas of the map to explore alongside a winter themed update.

For those of you who are looking to truly explore make sure to look for changes & additions beyond just snowy areas with new weapon to acquire, the M16, and new events to encounter. Other players aren’t all there is to find roaming the snowy hills and streets of Isolated.